Following the first laser eye surgeries which were performed in the mid 1990s, there has been ongoing research into improving the laser technology used. Modern lasers are extremely high speed and include features such as eye tracking which allows for minute eye movement while reshaping the cornea.

Early laser eye surgery removed a thin layer of the cornea to allow the laser to reshape the cornea at a deeper level. The thin layer, called the epithelial or outer layer would then grow back over several days revealing clearer vision. A refined version of this surgery called PRK is still a valid form of refractive eye surgery and is used in patients who are not candidates for the surgery that changed vision correction; LASIK surgery.

Lasik surgery differs from PRK surgery through a technique of creating a corneal flap of tissue which is hinged away allowing the laser to reshape the surface of the cornea and restore proper focusing ability to the eye. This flap of corneal tissue is then replaced and heals spontaneously without stitches.

Dr. Will Christian uses the most advanced laser technology available in his state-of-the-art eye surgery clinic; the Alcon Allegretto® excimer laser and the Zeiss VisuMax® laser. These space-age lasers provide unprecedented speed, accuracy and patient comfort, restoring clear vision without side effects such as dry eyes.

Excimer lasers have been used in the LASIK procedure from the beginning. The Alcon Allegretto Excimer laser is the latest generation of these lasers which has a 400-Hz eye tracker to ensure the laser pulses are directed in exactly the right area despite eye movement. These lasers use ultraviolet light in a shorter wavelength which vaporizes and removes tissue from the cornea in increments as small as a thousandth of a millimeter. This technology allows just the right amount of tissue to be removed without damaging surrounding corneal tissue.

The Zeiss VisuMax laser is a quantum leap in the technology of refractive surgery. It uses femtosecond laser technology which produces cutting precision second to none. A femtosecond is one quadrillionth of a second. The speed of this laser is ideal for creating the corneal flap necessary for LASIK surgery. The VisuMax is also used in corneal transplant and other corneal surgery.

Additionally, the VisuMax has a curved contact surface which matches the surface of the cornea. This eliminates the necessity of flattening the cornea before flap creation. Patients report they feel more comfortable and that they feel very little pressure during treatment.

The VisuMax is currently the only laser capable of performing the latest type of refractive vision correction. This method of correction uses a technology that eliminates the necessity of a corneal flap and while it is still going through the FDA approval process, it has been used with great success in the UK. Once approval is obtained, vision correction in the US will enjoy another advance based on improved laser technology.

Patients looking for world class LASIK surgery can rest assured that they will receive the safest, most advanced technology delivered by a top Los Angeles eye doctor & surgeon with thousands of LASIK surgery procedures to his credit. Dr. Christian is delighted to help his patients achieve clear vision using cutting edge equipment that provides a comfortable and safe experience. He takes the trust his patients place in him very seriously and as one of the most experienced LASIK surgeons in the area, he has earned the praise of his many grateful patients. 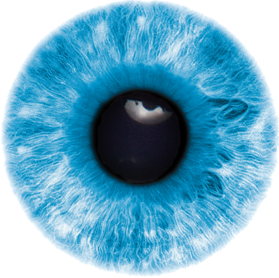 We are open for business. Our office is closely monitoring the Covid-19 outbreak. Rest assured that our facilities are as clean as possible. We have upgraded our hygiene procedures and increased our cleaning schedules of all contact points in our offices. Further, we are asking all patients and staff to do their part, assuring regular handwashing and cleaning, as well as frequent cleaning of personal items such as cellphones with alcohol-based solutions. We are continuing all patient care, including surgery. However, please be courteous…if you feel unwell and/or have a fever, please stay home while you recover. Health and safety for patients and staff is our number one priority. Please call our office with any questions.